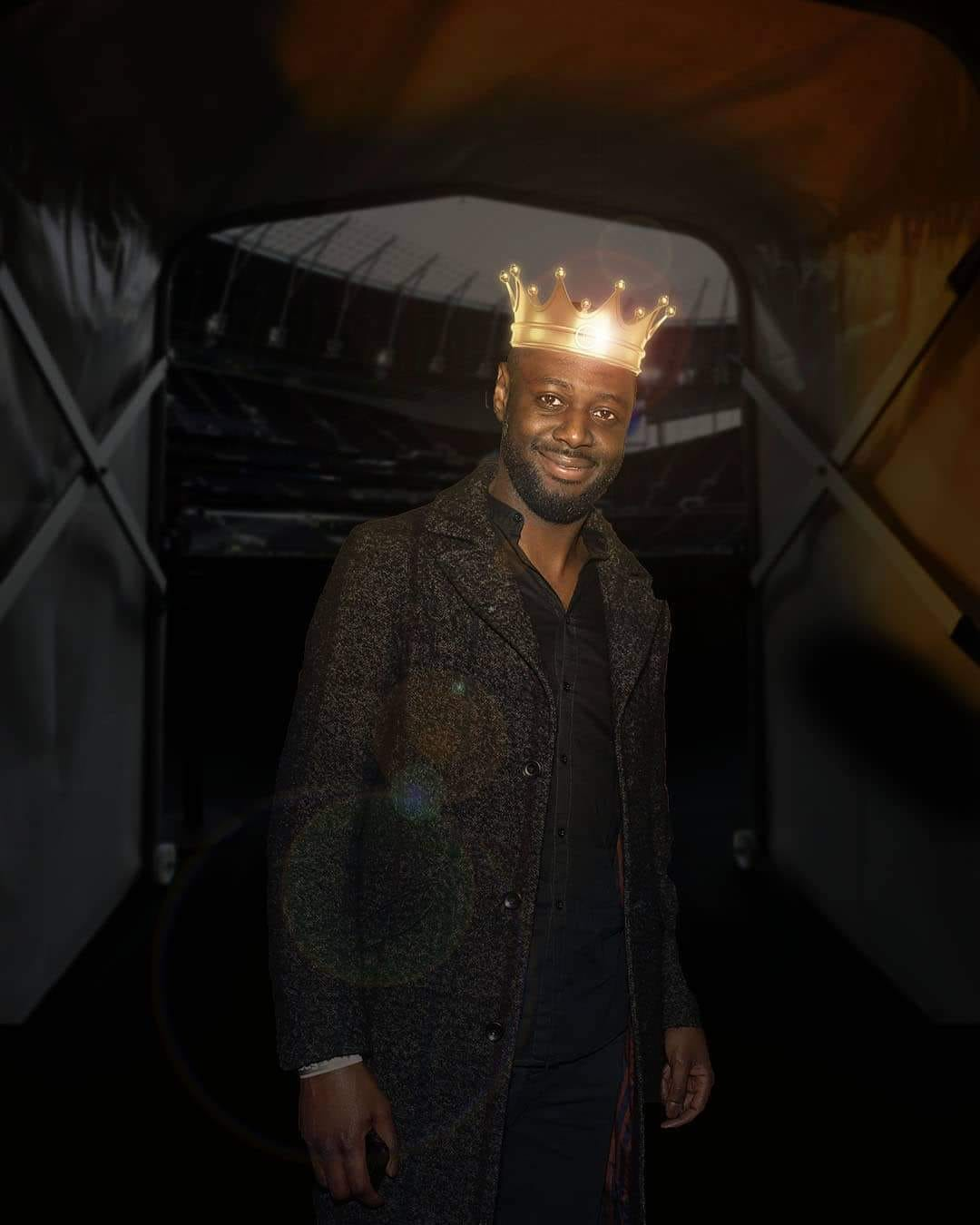 Metalhead said:
Would he fancy it? He seems to be fairly quiet and reserved (not that this is a criticism obviously) and I’m not sure whether he’d feel comfortable in a front and centre role but you never know.
Click to expand...

Fair point but bare in mind, he was our captain. Obvious leadership skills. Look at Scott Parker; quiet type but strong ledership

Absolutely. He could grow into it. If not, hopefully he’ll prove a valuable assistant and with him working with Sacramento, that could potentially throw up a possibility of a future management team.

Very creative, must have taken them ages to do.

Just because, well, it’s Ledley. What a player, if he can help out or further his coaching skills, then that’s just a bonus for us all to have him involved.

If Parker can get Fulham to mid table or better over the next couple of seasons A Ledley / Parker management team looks a great prospect.
C

SPURSLIFE said:
If Parker can get Fulham to mid table or better over the next couple of seasons A Ledley / Parker management team looks a great prospect.
Click to expand...

And get Hoddle back too as ballskills trainer.
T

Does this mean there is a Club Ambassador role going?

that would be my dream gig. Well pre corona

flying around the world and having a piss up with fans in different countries. Hopefully Garry Mabbut in tow to make sure you get home safely once everything goes blurry

Steel is for humans, silver is for monsters

thelak said:
Does this mean there is a Club Ambassador role going?

that would be my dream gig. Well pre corona

flying around the world and having a piss up with fans in different countries. Hopefully Garry Mabbut in tow to make sure you get home safely once everything goes blurry
Click to expand...

Gary Mabbut in tow to make sure you get home safely when everything goes blurry...

Ledley King/Burger King mashup. What a time to be alive.

Minute 26 of every game is going to be fun. Hope Joao doesn’t get too jealous.

Our Ledders has all sorts of hidden talents.

Can some one with access do the honours please. 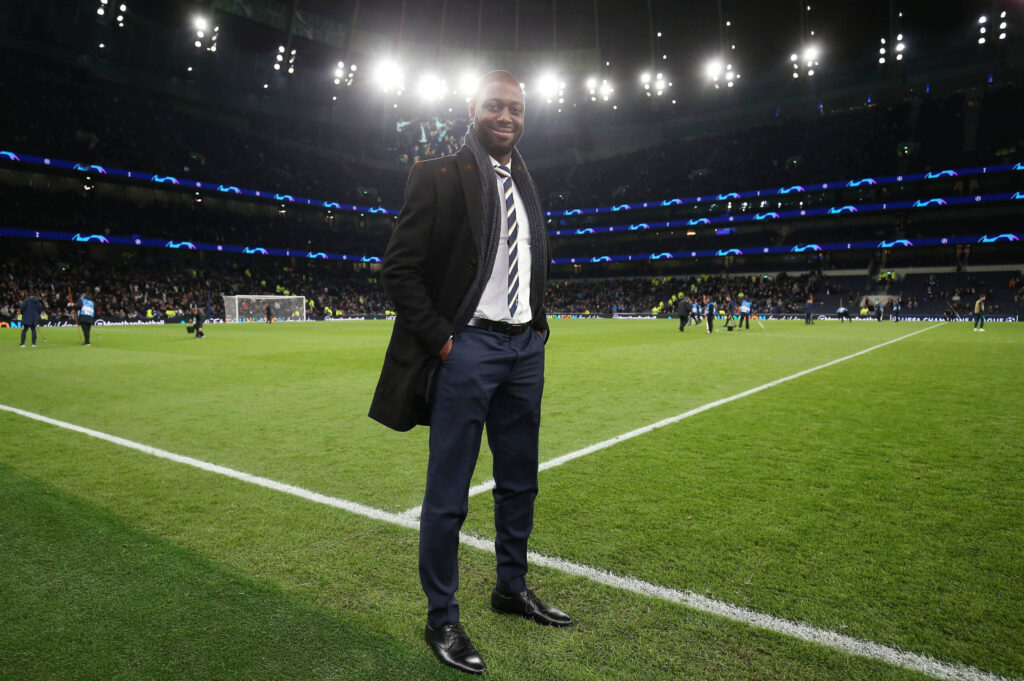 The Tottenham legend is now part of the management team - but how did he get the gig and what will the role entail?

The players are going to start hearing "you know" a lot. Make a nice change from hearing Harry say "obviously" every second word.

teok said:
Can some one with access do the honours please.

The Tottenham legend is now part of the management team - but how did he get the gig and what will the role entail?

From the moment Jose Mourinho was appointed Tottenham Hotspur head coach in November, he could count on the support of Ledley King.

It’s always a challenge to start a new job and navigate the different processes and ways of working — and even harder when you are taking the place of a beloved predecessor. So King’s support was extremely welcome and helpful.

The former Tottenham captain introduced Mourinho to everyone from the different departments and sat down with him to discuss the ethos of the club. He also gave him insights into the players and what makes them tick, reflecting his intimate knowledge of Spurs from top to bottom (whenever you see King at the club’s training centre, it’s striking how he seems to have time for everyone).

King might have thought some of what he was saying to the new head coach was fairly mundane, but his generosity was very meaningful to Mourinho, who hugely appreciates this kind of support from his colleagues.

The pair get on well but this is not why King has been elevated from a club ambassador to a first-team assistant role. Mourinho also recognised the way King connects with the players and he was keen to have a club legend as part of his team.

As such, there will be cynics who suggest appointing King is a PR move to make the Mourinho regime more palatable to sceptical supporters. Those same cynics will point out that he is already a club employee, which makes him a cheap appointment.

All we can say is that Mourinho is understood to view King as a great addition to his staff as he prepares for a top-four push next season. At the club, the appointment has gone down well, since King is such a modest, unassuming character that some feared he would be easy to overlook. That said, he has always been very highly regarded by chairman Daniel Levy and has the backing of key figures in the dressing room, such as Harry Kane, who made his debut in King’s final season as a player.

More broadly, an aspiring black coach being offered a chance has been warmly received given the chronic lack of opportunities.

King’s brief will include mentoring Tottenham’s young players to help them make the transition from the academy to the first team and working with the club’s coaches and analysts. However, he does not yet have his coaching badges, so his work on the training ground will be fluid. He is not, for instance, a replacement for the departing tactical analyst Ricardo Formosinho, whose responsibilities will be covered by assistant manager Joao Sacramento and analyst Giovanni Cerra.

Since he worked briefly with the under-18s after he retired aged 31 in 2012, King has held an ambassadorial role at the club, often involving travelling to far-flung locations such as Australia and China to attend events with sponsors.

But while King always performed those ambassadorial duties with diligence and professionalism, it is his work with the younger players and rapport with the squad that really stood out.

Unlike several Premier League clubs, Tottenham do not have a dedicated loan manager to liaise with their loanees. But along with academy coaches such as Paul Brush, communicating regularly with Spurs’ on-loan players has been a part of King’s remit.

Midfielder Luke Amos spent last season on loan at Queens Park Rangers and would meet with King after training. “He’s coming to the training ground, we’ve met after training if he’s in the area. We’ll meet for a coffee, he’ll see how we’re getting on,” Amos told The Athletic in April. “I get a lot of contact from Ledley and the academy guys. They’re always checking up.”

King’s enthusiasm about watching Tottenham’s loanees at various levels was well-received by the club’s hierarchy. “He’s paid his dues in the last eight years,” says Chris Ramsey, the QPR technical director who was one of the most senior figures in the Tottenham youth set-up when King began working with the under-18s.

“He’s done various jobs, helped out with the academy, been an ambassador, he’s gone out and watched players on loan to get an understanding of what’s required at the different levels. When you’ve only really played at the top level, it’s important you understand if you’re sending a player out on loan what League One looks like, what League Two looks like.

“He’s taken the time to do that — he hasn’t thrown his weight around with his reputation. He’s been methodical in where he’s got to and got his just desserts.”

In his new role, King will continue to be a sounding board for loanees and those who are on the brink of a first-team breakthrough. It helps that he already knows the academy staff and some of the younger players — such as Japhet Tanganga — well from his brief stint with the under-18s.

There is also a feeling that King can connect with the younger players in a way that other members of staff cannot. It’s common for clubs to employ recent former players to help mentor younger footballers and reassure them that they know exactly what they are going through. At Chelsea, Ashley Cole is an academy coach, while Carlo Cudicini and Paulo Ferreira help to manage the club’s loanees.

King’s background as a London-born player who went all the way from the academy to the World Cup and captaining Tottenham to a trophy should act as an inspiring example. Even in an ambassadorial role, this was the case.

“You were always aware of his presence – I mean, it’s Ledley King, a Tottenham legend,” recalls former Spurs midfielder William Miller, who was part of the youth set-up from 2010 to 2017. “He was always an inspiring character to have around, a proper leader. I definitely looked up to him when I was coming through – I think everyone did.”

Others who have worked with King comment on the fact that he doesn’t say a huge amount but that when he does, it is considered and meaningful. His gravitas means you always listen.

This should help him to mentor and nurture the young players — especially if they are going through a hard time. King had a glittering career but, given the dreadful injury problems that led to his early retirement, he has plenty of setbacks to draw upon

As well as offering tips on the mental side of football, King will also be able to work on specific elements of a player’s game, in the way that Cole does for Chelsea.

But until King has the necessary qualifications, he will work alongside Tottenham’s coaches and analysts rather than taking on a formal coaching role. He has already helped Mourinho out with some of his defensive drills, but whether he can make the step up to a full-time coaching role remains to be seen.

He didn’t feel ready when working with the under-18s after his retirement in 2012, and some fear that his soft approach might mean he’s not cut out for a career in coaching.

Ramsey, who witnessed King’s tentative first steps into coaching first-hand, says he saw enough to suggest King could have a successful future.

“When he started coming towards the end of his playing career, he’d come down to the academy and help out with the coaching,” Ramsey says. “(Then academy head) John McDermott took him under his wing.

“Ledley’s not a typical ranter and raver, but he leads with his presence and technical knowledge.”

It was his humility though that stood out. “I just remember thinking, ‘He’s Ledley King and he’s asking me about coaching’,” Ramsey says. “His humility is unbelievable. The heights that he’s reached in the game and the respect he’s had as a player. But being a top player and a coach are two very different things.

“A lot of players think being a top player means you’ll be a top coach but nothing could be further from the truth.

“Even when he was still playing, he’d ask John McDermott, Les Ferdinand, (youth coach) Alex Inglethorpe, Tim Sherwood and me questions about our approach. Some of the players at his level think it’s easy and he realised early doors that he needed to go through a process.”

Spurs and King will hope that process is just beginning. And after what has been a tumultuous period for the club, his calm authority and link with Tottenham’s past should make King a welcome addition to Mourinho’s team.

Thanks. A great appointment all round.