I was only saying brah

Them four words really don't go together in a sentence....

I can play this game


Oh ffs, I keep trying to type what I think of Merson but there must be a problem with the **** buttons on my keyboard!!

Insomnia said:
I was only saying brah
Click to expand... 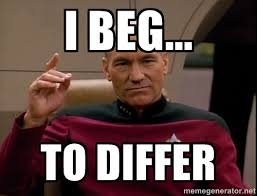 Flynn said:
I can play this game

just a child getting older...

Hands up anyone else who thinks Merson's obsession with Harry is a bit stalkery now.

How long before he's wandering around Trafalgar Square wearing a sandwich board with his latest "headline" on?

Rocksuperstar said:
Hands up anyone else who thinks Merson's obsession with Harry is a bit stalkery now.

How long before he's wandering around Trafalgar Square wearing a sandwich board with his latest "headline" on?
Click to expand...

Quite a while I'd suggest. He has enough trouble with pronunciation, adding spelling to the mix is a step too far.

I just don't understand Merson. Remember back around 15/16 when pundits and fans of other clubs were banging the drum for ages that Kane's entire game revolved around how many goals he scored, and little else? I feel like Merson is still under this impression, and has it in his thick fucking head that if Kane doesn't score a goal every single game that he'll be looking to move.

I question whether Merson has watched a single Spurs game in the last 4 seasons, because from what he says in his column (which let's be honest he only gets to write because people feel sorry for him) it doesn't seem as though he has.

The guy lost his marbles as soon as he retired from football.