On Wednesday, Tottenham Hotspur have played their first game at their new ground against Crystal Palace. In my opinion, this new stadium sets the latest standard in terms of fan experience. But let me explain why.
Last edited by a moderator: Apr 5, 2019

We have let you explain why. We’ve provided you with a forum to discuss your reasons. Use it or lose it fella.
K

Sorry for this. Here's my full article:

Nowadays, several sports clubs have to deal with declining numbers of visitors on matchdays. Especially for small clubs, which have a low budget, ticket revenue plays an essential part of their financial result at the end of the day. Of course there are always regular visitors such as devoted or fanatical fans, which normally are season ticket holders. However, stadiums are only sold out, if either the own club is performing very well or the opponent is attractive. Also the weekday, the match time or the weather plays a part in the fans’ decision making to actually leave their huge flatscreen TVs at home and attend a game. Summarised, this means that the challenge for sports clubs is to sell out their stadium on a rainy Wednesday evening against an unattractive opponent. That’s where fan experience kicks in and can make a real difference.

The new Tottenham Hotspur Stadium
The Tottenham Hotspur Stadium replaces the outdated White Hart Lane. The arena has a capacity of 62,062 seats, making it the second largest stadium in the Premier League (behind the Old Trafford) and the largest club stadium in London. The construction started in 2015 and the opening was originally planned in September 2018. But several delays had the consequence that the stadium only opened with a ceremony yesterday, before its first competitive senior game took place. But what’s so special about this new stadium in terms of fan experience? Let’s have a look at some of it’s key features.

Architecture
The new state of the art Tottenham Hotspur Stadium was designed by the global architectural design firm Populous. With uninterrupted sightlines and spectators closer to the pitch than at any comparable ground in the United Kingdom, this arena offers a unique stadium experience. Furthermore, the stadium is designed in the form of a bowl which focusses towards the “home” stand, where up to 17,500 fans are located and create a cheering atmosphere. Last but not least, the Tottenham Hotspur Stadium is the first arena with a fully retraceable pitch, becoming an official venue for at least two National Football League (NFL) games in 2019. 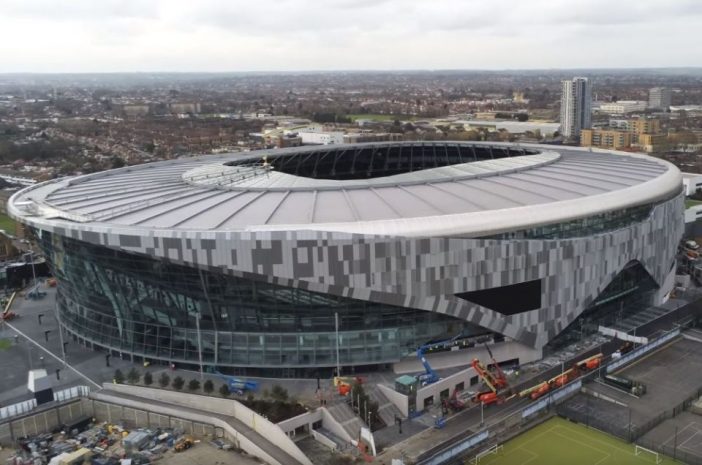 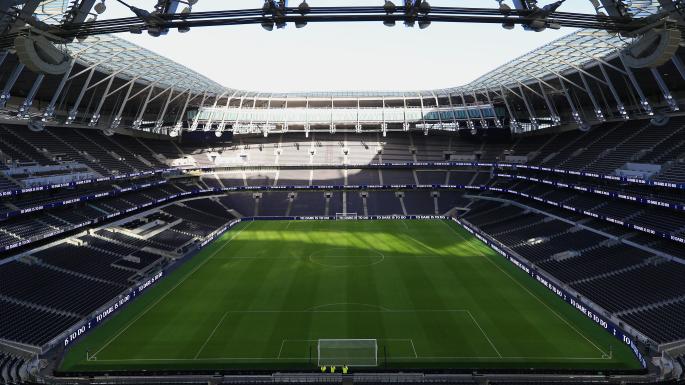 Technology
Also in terms of technology this stadium sets the tone and gives examples what to expect from other stadiums in the near future. Over 90’000 square metres of video screens in and around the stadium, a total of 1,641 Wi-Fi access points, 700 Bluetooth beacons and a simple cashless payment system will further enhance the stadium experience. Additionally, if you can afford it you can enjoy the game with heated seats and USB ports right next to you.
Especially from a CRM perspective, these state of the art technologies are very important in order to make use of it and guarantee a holistic operational CRM approach. But more on that later.

Food, Drinks & Shopping
Before, during and after the game ticket holders are able to explore a wide range of food, drinks and also shopping options. As an example the stadium counts three pub-style bars, including a 65-metres bar (which actually is Europe’s longest bar), a market place with a variety of food offers, even a micro-brewery and last but not least, numerous shopping possibilities.

I would like to know what you think of the new Tottenham Hotspur Stadium? Do you have the feeling that because of all the features, football is becoming a minor matter at the new ground? I’m looking forward to hearing your feedback.

Kleminus said:
On Wednesday, Tottenham Hotspurs have played their first game at their new ground against Crystal Palace. In my opinion, this new stadium sets the latest standard in terms of fan experience. But let me explain why.

PS: This is not a criticism, its a constructive comment - Maybe more investigation on the effects fan experience and how that impacts the game from an entertainment experience perspective and the game as an industry would be interesting

I'm only there for the football personally. All the "customer experience" stuff is for other events afaia: Gigs, NFL, e-Sports etc etc

Kleminus said:
On Wednesday, Tottenham Hotspurs have played their first game at their new ground against Crystal Palace. In my opinion, this new stadium sets the latest standard in terms of fan experience. But let me explain why.

I really have no interest in reading anything you write if that is an indication of your capacity for accuracy.
K

PS: This is not a criticism, its a constructive comment - Maybe more investigation on the effects fan experience and how that impacts the game from an entertainment experience perspective and the game as an industry would be interesting
Click to expand...

Is this article just posted to link build for your SEO company?

Your headline asks: "Why"

But, your article does not really answer the question. Hardly the first mis-matched headline and article. But, think about the things you talk about in the article, and then expand on why those experiences enhance the Fan Experience.

Don't tell me: "The stadium has wifi" Tell me why that matters.

Tell me how the contactless system makes things better/faster.

Tell me how the sightlines are all designed to optimize the fan experience.

Tell me how the acoustics resonate throughout the stadium - bringing a higher energy level to everyone there.