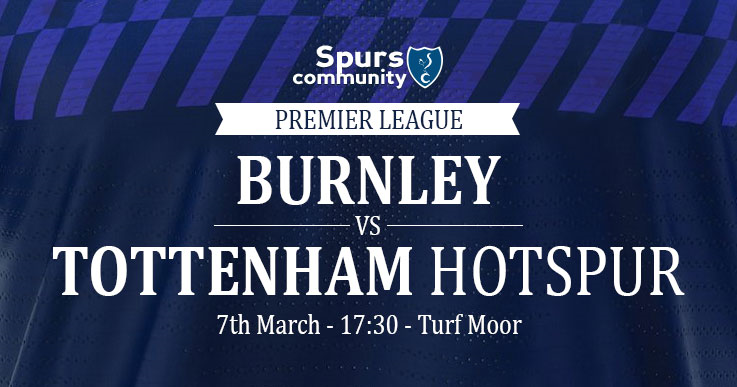 I would rather a 90 minute appointment at the Dentist!

My initial thought was that we were bound to lose.

We've had a two-hour mid-week game and they haven't.

That should be an advantage for them.

And, normally, I'd find that really quite annoying and unfair.

However, as things stand, even if we hadn't played midweek, I'd still put money on us playing with all the listlessness and lack of movement of a team who had.

So, all things considered, I'm not sure our having played an extra game really matters in this instance.

Which means we've rendered their advantage null and void.

And yet they'll still expect to have an advantage over us.

Which means we'll take them by surprise.

And so we'll win.

And, even if we don't win, my mate and I will finally get to settle the 'Who's fastest: Jon Moss or Tanguy Ndombele' bet, so it's not all bad.

Nine while nine said:
And, even if we don't win, my mate and I will finally get to settle the 'Who's fastest: Jon Moss or Tanguy Ndombele' bet, so it's not all bad.
Click to expand...

Who is the fastest Tanguy ndombele or Stephen hawking it's close.

I'm looking forward to tomorrows game, underdogs away at the mighty Burnley, what a result this could be for us if we could pinch a win!

Vinny_Sammways_left_peg said:
I'm looking forward to tomorrows game, underdogs away at the mighty Burnley, what a result this could be for us if we could pinch a win!

We couldn't even pinch ourselves mate but I love the optimism

I could catch a monkey

shelfboy68 said:
Who is the fastest Tanguy ndombele or Stephen hawking it's close.
Click to expand...

That's 2 things hawking was quicker at then....

Watch this or count a lorry load of paper clips? .......hmmmmmm

Is it bad that I'm seriously close to just not watching us? Genuine question to be honest. A lot of fans still watch their team serve up shit week in week out and that's without having any sort of thrills that we've had us a club.

If we lose today and then midweek playing in the same fashion that we have I just really don't want to watch us. It's bloody boring and puts me in the worst mood.

In the corner, eating crayons.

I'm a glutton for punishment so, bring it on!
COYS.
S

I know mate the question is still valid for comical purposes

Well at least against Burnley we won't be the only team who don't want the ball.

I just hope we see more of the kind of football we saw against Wolves, I know we lost but at least we tried to play football. The worst part of all this is we actually look better when we play football. We have the players for it too, who are better on the ball than sitting behind the ball.

That's what was so frustrating against Norwich, once we went behind and decided to play we looked so much better, but then went back to sitting back in extra time. Dull and frustrating, hopefully not another 90 minutes of that.
C